Being Thankful for What We Have

Good humor isn't limited to our species but it is one of the tools that has allowed us to grow and develop even when faced with insurmountable odds.

A Short Essay About Good Humor

Before I began to write about good humor (making the best out of your situation), I had been doing a lot of thinking. The topic has been in the forefront of my mind ever since the first scare (COVID-19) and how it pertained to our lives. For one thing, what does it mean now in a time of nearly endless possibilities; among other things how it can improve a situation that otherwise seems hopeless.

And that's precisely why I'm interested in writing about good humor today.

Because it's a tool that helps us have a put things in perspective, to distract the legitimate concerns that we all have at some point with a sense of pleasure. 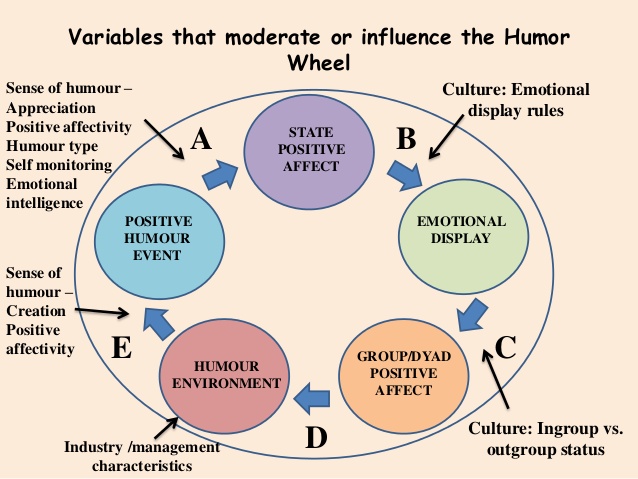 Are we born with good humor? We are born with neither good or bad, but one is an innate part of our human experience. We strive for it while the latter is a trap that we can fall in if we are unable to look at the situation from different perspectives. This is derived from my personal experience, it tells me otherwise, and that is that one can modify their character not only to have good humor but to give it to others. Good humor is a gift that is freely shared among people in a similar situation.

Nicolas Zerbino, one of the survivors of the Andes flight disaster in the Andean mountain range, in which 16 of 45 people were saved after 72 days stranded in the mountains, said that after the accident, there were times when the most important thing was the sense of humor. No matter the situation it is a much-needed way to release stresses and pent up energy. While they were stranded on the mountain range they were confronted with the realization that they had lost friends and family. But humor still survived, and it was a means to strengthen them and their resolved. Even when death constantly haunts you, laughing may seem like a frivolity. However, it can be just the opposite, it can be the summit of the human genius that in a humble and courageous interval fills you with life when placed in front of the double mirror of his smallness and dignity. Humor acquires new perspective and finds an escape from where to release contained thoughts and feelings. Nicolas Zerbino noted that the "more pronounced the slope, the sharper and longer the crisis, the more grim and longer the tunnel divides, make good supply of the magic of humor, and laugh at others, with others and above all of yourselves."

Victor Frankl's case, for example, was similar in that he found himself in a situation where the chance of survival was almost null. Victor Frankl was one of the few Holocaust survivors, he had been placed in the worst concentration camps: Theresienstadt, Auschwitz, Kaufering and Türkheim, he lived through the worst cruelty a human being can imagine and yet he survived.

His chance of survival was slim when he arrived but yet they grew smaller everyday. Even after many of his teammates had fatally "injured" or gave up fighting he remained focused. He endured, persevered with will and intelligence, and won the match of his life. Some outstanding feats were achieved with these tools: including singing to improve his humor.Years later they became crystal clear memories of that match. "Humor is another weapon with which the soul fights for its survival" What's the fight about? What's the prize? "Survive....or die", he once said in a Hamletian way. Who's leading the contest? Neither the kidneys or the muscles, nor the head, it is the soul that stands in the heart of the front ready to fight. The soul has many attributes that allow us to overcome life's diverse obstacles. Given what's at stake when faced with those obstacles it takes all t of our cunning, focus, strategy, prudence, courage, and humor, a lot of humor. Humor is not an accidental complement to the human experience, it is essential for it. Humor can provide the necessary estrangement to overcome any situation, even if it is only for a few seconds. Those seconds are often the time needed to refocus and rise above the hurdle.

Like many of us, COVID was a moment for me to step back. I had to over come the initial fears, it was a chance to realize that it's not worth getting depressed over, laugh and enjoy life. Because this is too serious to take seriously, hence humor is a must-have crutch. While it's true we all have problems in our lives, it comes down to how we deal with them.

I would prefer to do so with a smile on my lips.